‘The Organ Manual’ is proud to be sponsored by 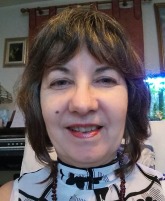 This extra blog feature is written by Kathleen Austen describes herself as a mature student organist. Last week she attended the La Revolte des Orgues at Westminster Cathedral and has written a piece about her experience especially for The Organ manual!

Kathleen was born in Pretoria, South Africa, 1958 and came to England 1995. Having achieved piano grade 6 in mid teens she started learning to play the organ in about 2012, at St Michael’s Church, Chatham by accompanying a small group of singers by giving the melody line only. She then found a local keyboard teacher about the same time as finding a happy position at St John Fisher RC, Rochester. Kathleen started taking exams at Grade 3 ABRSM, in which she achieved a distinction for both Theory and Practical in 2017. She has just taken Grade 4 Practical ABRSM, having passed the theory with Merit (having had a severe dose of flu, with a raging temperature and horrible cough on the day!) and currently studying organ under Jamie Rogers, Assist. Organist, St Marylebone Parish Church, London. She plans to take Grade 5 theory next year and Grade 6 in mid 2021. Kathleen thoroughly enjoys playing on Sundays and loves the ‘performance’ element when playing the organ, for which she has a huge passion.

Impressions of a Premier Approaching the Cathedral, across the square, one quickly felt the tingle of excitement threading its sense through the throng of people arriving. A world class event – a premier! In one of London’s great churches – a cathedral! I wound my way nervously in between the people towards the entrance doors, clutching my ticket. With much excitement and clear joy, the usher/wardens were directing folk to their seats, here and there. I hastily bought a program and was directed to my seat, which I believe was well chosen, being fairly forward in the nave, in block A and as centrally positioned as possible.

The overwhelming sense I got was that of being surrounded by many organists! I couldn’t confirm that as I kept my own council and didn’t talk to anyone, other than a few words to my immediate neighbour. I felt in the midst of much knowledge, experience and talent. I felt the atmosphere tingled to say the least!

After a brief introduction to the evening’s programme given by Gerard Brooks, President of the RCO, the concert started.

The Bach! Toccata & Fugue in Dm BWV 565. Most people and dare I say, all organists, know it well and possibly each note too. However, this was different. The notes were all the same, but phrases and sections, sometimes just a couple of notes, were split between the nine organs, a surprising and unique arrangement. Each taking a turn and echoing off each other. Bach is wonderful for that and this rendition brought it out so clearly. One could argue, “why do that?”. Well, I enjoyed hearing the Bach from a different perspective – and an educational one at that too! The phrasing was so clearly defined. A new angle and isn’t that what music is all about?

The only point I noticed immediately, was a barely audible vibration from, I assume, the speakers for the digital organs. However, it may simply have been something vibrating on the floor … Also, personally, I would have liked the last bars to have been ‘thundered out’ on the Cathedral’s Great Organ. Even though it seemed to be a little quieter than expected, that in itself, added a special quality. This was clearly going to be a radical evening!

A Concerto for Four Harpsichords by Vivaldi, orchestrated and arranged by Bach, was next up. It was so beautifully done. Clearly Vivaldi, yet clearly Bach and again, spread around the nine organs. I felt as though I was being drawn into a land of bright water, twinkling light and shimmering leaves in all their seasonal glory.

The Double organ improvisation was highly entertaining. How they managed to ‘speak’ to each other across the vast space of the Cathedral. Impressive!

The Boléro sur un theme de Charles Racquet (for organ and percussion) by P. Cochereau was stunning! Starting slowly and purposefully, building up to the almost wild abandon of the Boléro intertwined with the percussion, was pure excitement. We ended with the Star of the show! J. Guillou’s La Révolte des orgues! The first time this has been performed in the UK!

We were told in the beginning how it would build, till in the end it would sound like a huge weather system rushing up through the nave of the cathedral. That description was just! It was amazing – strangely beautiful – universally vast … words fail. The ending was a massive crescendo – a sheer, completely encompassing tornado of solid sound as all nine organs blended together, to end.

As all the Organists, Percussionist and Conductor took their bows, I had tears in my eyes. The applause was deafening. All in all, a thoroughly enjoyable and very special evening.